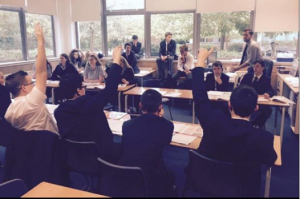 In the highly politicized climate, it seemed especially appropriate to look for advice on teaching controversial topics.  While the article reviewed is in the context of a family law course, almost any course can have controversial topics.  I teach both Civil Procedure and Employment Discrimination and while there are more minefields in Employment Discrimination, Civil Procedure has a few.

The authors first explore what controversial topic is and they indicate that this includes those that are heavily politicized and note that these areas often promote rigidity in thinking.   Controversy can also arise when topics are personalized by students, either by personal experience or because of a lack of diversity in the classroom.  While some diversity is noticeable, other types may not be known to the professor such as sexual orientation or some disabilities.

It is important to lay the groundwork before the first class or even before.  A course description can set the expectation for prospective students in your class.  For example, you can indicate the wide range of topics you will be covering which should put students on notice that there will be controversial topics covered.  The authors also suggest that if you want to market the class more narrowly, you can state that a certain position is the starting point rather than a matter for debate.  You can also lay the groundwork during the first class.  The authors caution that dictatorial control can backfire but that laying expectations can aid discussion without chilling all debate

The article lays out three strategies for expected controversy:

No matter what we teach, there will be controversy.   The authors note that we must recognize that what worked in one class during one semester may not work in another.  The toolbox of techniques suggested by the authors is a welcome resource for dealing with the difficult issue of covering controversial topics in the classroom.